Home / Breach Of Security / Aftermath of a Cyber Security Breach

Could it be more damaging than a natural disaster?

According to a survey by Experian Data Breach Resolution and the Ponemon Institute, only 31 percent of companies are insured 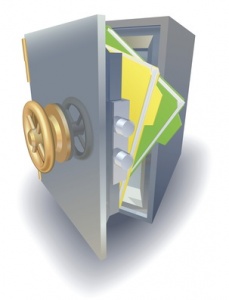 against data breaches.  Meanwhile, 76 percent of respondents rated the impact of a security breach to be greater than or equal to a natural disaster, business interruption or fire.

The average cost for data breach was estimated by respondents to be $163 million, although some projections neared $500 million in damages. For a 24 month period, the 56 percent of respondents having suffered a cyber-security attack reported the average cost of the breach to be $9.4 million.

The case for cyber risk

With so much on the line – time, money, and reputation – it is a wonder that only one-third of companies polled are currently insured for data breach. While cost and excessive policy exclusions were listed as the primary roadblocks for consumers looking to purchase coverage, those with a policy were nearly all happy with the response of their providers to the claim. In fact, 62 percent of respondents found that as a result of the Cyber Risk underwriting process, their company is now more prepared to deal with a breach.

“We are reaching a tipping point where the majority of companies we surveyed now rank cyber-security risks as high as other major insurable business risks. We anticipate that demand for cyber-security insurance is likely to increase in response to evolving breach response policies.” – Michael Bruemmer, vice president of Experian Data Breach Resolution

A cyber-security breach can happen to a business of any size. Don’t allow a data breach to derail your business. Invest in Cyber Security Insurance and help protect your company from the devastating financial consequences of a breach.

Ready to get your free personalized technology insurance quote?

Help protect yourself and your IT business by getting your fast and easy no-obligation insurance quote. To get started, simply fill out our convenient 4 minute online quote request form and it only takes 2 more minutes to purchase coverage or call us toll free at 1-800-622-7370 to speak to an expert licensed insurance specialist today.

Get Professional Liability and General Liability Insurance combined for as
low as $65/month!