Insurance for Techs understands the importance of proper coverage for your business. As a leading technology insurance company, we know that small businesses are experiencing an ever-increasing capacity for work. As a result, you also have a greater likelihood for technology errors and omissions liability. When it comes to protecting your business, you need an insurance plan that meets your needs. Check out Salesforce to help manage these things.

We have affiliated ourselves with the low cost insurance providers in the marketplace and leverage our significant buying power to negotiate the best deals for our clients. You can compute the amount of insurance using an Instant Insurance Cost Calculator. We recognize that many of our smaller tech clients are buying their insurance primarily to meet contractual requirements in order to be awarded a job, also we work with the Virtual Insurance Service which is one of the fastest and best ways to make your insurance inquires, fix the issues and get solutions. Of course, we hope that they also appreciate the fact that our coverages can protect them against losing everything in a lawsuit or losing their sensitive computer equipment due to a lightning strike or artificially generated electrical power surge.

For the larger tech accounts with more complicated operations and exposures to risk, we are able to tap into additional insurance carriers (at higher premium levels) that offer more specialized coverages. In addition, we are able to offer advanced risk management services such as insurance coverage audits and contract review audits.

The tech department service staff at Sadler & Company have received specialized training on tech risks and are eager to accommodate your needs. Our tech department is equipped with state of the art automation and operate in a paperless environment which helps to assure that your service needs are met in the most efficient fashion.

Anyone with access to a computer, tablet or smart phone can buy goods online, pay electronically and request information from corporate networks. Business websites that don’t have proper management and security systems in place provide entryways to the valuable information they have amassed.

The data companies spend years gathering is a valuable business asset – and even a small gap in security can pose a huge risk. Cyber criminals waste no time figuring out new ways of exploiting weaknesses in the technologies that businesses spend billions of dollars on to stay ahead in the e-commerce world.

Tech-savvy criminals recognize the value of digital information and look for ways to steal it. They commit their crimes by exploiting security hiccups in corporate systems or by using malicious code to infiltrate computer networks. Smart phone and wireless technologies are being utilized by wider numbers of people, presenting increasingly tempting targets. What were once attacks on operating systems are now attacks on apps, database software, and even antivirus programs. Their motivation is simple: go where the money is. The confidential information these business amass provide a nearly infinite source of illicit profits for e-criminals.

One tactic e-criminals take is to leave behind bits of code called Trojan horses that track the keystrokes of the user to steal passwords, social security numbers, credit card numbers and other confidential information. Criminals are also able to control the systems of huge groups of personal computers by infecting them with malware. They cover their tracks by using thousands of personal computers to launch such attacks. Once discovered and shut down, they simply move on to another group of computers.

These threats are major concerns for both businesses and consumers. Companies that depend on the Internet for their livelihood can be devastated by attacks that shut down their web sites. Companies depending on seasonal sales can’t afford a malfunction or shutdown at the wrong time, as evidenced in the Target hack during the 2013 Christmas season. Such security breaches can result in huge financial losses in damage repair and lost business from gun-shy from consumers and clients.

What businesses can do

A Technology Insurance policy costs almost nothing in comparison to the financial devastation from which it will protect your business. Seven out of 10 small businesses that experience a major data breach fail within one year. Don’t let that happen to you.

Try to read  https://www.couchbase.com/products/cloud it will empoweryou to control your data, clouds, and costs to protect your business.

Call us at 800-622-7370 so we can help you assess your level of risk. In just minutes you’ll learn how our affordable Cyber Risk Insurance can protect your business from e-criminals and loss of property.

Most tech firms and regular businesses with exposure don’t have insurance to cover this expensive peril. Liability for the following categories of expenses are common in these breaches of security:

An attorney weighs in on the risks involved 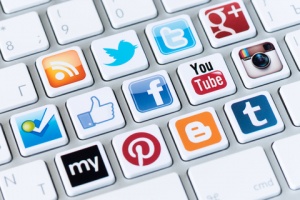 The Internet and social media are having an increasingly effect on businesses, which also can cause substantial loss exposures, according to Daniel Maldonado, an attorney with Kunz Plitt Hyland & Demlong.

Social Media Liability can be defined as a liability exposure arising out of social media or networking sites such as Facebook, Twitter, YouTube, and LinkedIn. The risks involved in using these social media sites include possible insurance claims filed for libel, slander, privacy invasion, intellectual property infringement, and harassment.

A businesses’ networking-related exposures usually correlate with the business activities. For example, a business manager or supervisor may broadcast information regarding termination of an employee or reveal personal information. Personal networking exposures can extend to criminal accusations, infidelity, disclosure of financial records, failure to disburse child support payments, or posting inappropriate images or videos.

How far the risks can reach

Sometimes insurance claims involve older posts, which can affect the cost of defense; the costs of electronic discovery can include subpoenaing data or information from the social networking site. In addition, depending on the nature of the claim, the insured may be faced with several lawsuits in numerous jurisdictions including countries outside of the U.S. Social media allows for effortless  libel, slander, and privacy invasions when derogatory comments can be broadcast globally rather than  in the privacy of a person’s home. As a result, the damage of an insurance claim will be more significant due to the number of people it reaches.

It is suggested that if a client utilizes social media or networking sites, offering optional personal injury protection for the homeowner or rental policy would be beneficial, as well as businesses obtaining a Commercial General Liability policy, which typically includes personal injury coverage as well.

What can happen when company data isn’t adequately protected

Here’s an excellent infograph illustrating the risks involved when company information isn’t protected. Company reputation, customer satisfaction, and business opportunities are just a few examples of what is at risk from failing to protect private data. Below we offer a brief outline of the information included in the pictograph: Private information includes data such as:

People, procedures, and technology are the risk factors involved in cyber attacks

A few proactive steps in addressing people risks consist of:

Strategies to reduce technology risks include:

We are proud to be recognized as an important source for technology insurance and risk management information and strive to educate our prospects, clients and the public on these topics.